Technology for a Better Life

With Modern healthcare it is seen that technology devices are increasingly used to supplement or replace body organs and structures thus enabling active independent lives . However each of these devices tend to be expensive and out of the reach of most Indians . Devices such as hearing Aids , Stents , Heart Pacers , are examples of such devices

Sethi Foundation Goal : It is our goal to fund the usage of Technology Devices by Indians who cannot afford them

FirstSound is an innovative program initiated by Sethi Foundation under which hearing aids have been provided to children suffering from hearing impairment.

Affordable and quality education has the power to create a level playing field by minimizing the gap between the privileged and underprivileged segments. Sudhir is Founder & Chairman of IDG Ventures India Advisors. He specialises in identifying disruptive high growth technology firms with a strong leadership team, and helps them grow rapidly with an eye for outsized financial returns.

In 2001, Sudhir was recognized by Red Herring as one of the leading venture capitalists in the country. He has been named among the Top Ten IT Professionals by Dataquest and by Bloomberg UTV as ‘’Visionary Venture Capitalist” in 2011. Sudhir has been featured in Subroto Bagchi’s book ‘’Zen Garden – Conversations with Pathmakers’’, in 2014.

In addition to leading IDG Ventures India Advisors, Sudhir serves on the Board of Ascent Capital, on the Asia Advisory Board of EMPEA (Emerging Markets Private Equity Association) and as Advisor on the Technology Innovation and Productivity Council of the GMR Group. He also served on the Executive Committee of Indian Venture Capital Association (IVCA), Investment Committee of UTI Ventures, Advisory Board of Westbridge Capital and on the Board of Advisors at N.S. Raghavan Centre for Entrepreneurship, IIM Bangalore. With over 30 years of experience Sudhir has served at various leadership positions at HCL, Wipro and CYIENT, as well as Country Head of Walden International India.

Sudhir holds a B.Tech in Engineering and an MBA Degree from FMS, Delhi. His interests include wild life photography. 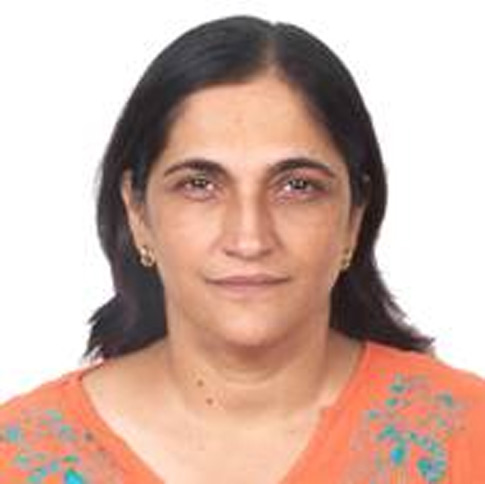 Shalini Sethi was the Chairperson & Managing Director of Emploi Globale Consulting Pvt. Ltd , an Executive Search firm partnering with organizations for their leadership hires. Emploi Globale is angel funded by amongst others Dr. Jagdish Sheth.

Shalini has over 20 years of experience in business development and operations in Industry and academics. Her experience lies in executive search for senior teams. Shalini began her illustrious career at Network Ltd, an HCL group company. Her enriched experience with Job curry systems, Career Profiles, ASML and as Director at the Indian School of Business (ISB, Hyderabad) has given Shalini an exposure to varied management practices.

Shalini is an MBA from FMS, University of Delhi .

The only way to make a difference is to take action